This an update of the popular but not available anymore Pro-Race display.

The main characteristics of the new Pro-Race display are: 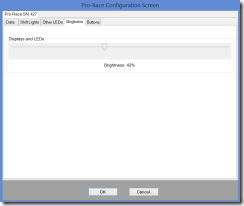 In this section of the configuration screen, the brightness of the displays and LEDs can be adjusted. 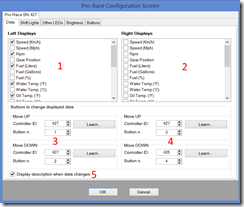 The Data configuration screen is used to configure what data is associated to each of the 6-digits displays.

Lists 1 and 2 in the picture above select what data is shown on each display. More data can be associated to each display and the settings marked with 3 and 4 define which buttons, switches or rotary encoders change the data that is displayed.

Note that to change the displayed data, you can use buttons, switches and rotary encoders connected directly to the Pro-Race display, but also those connected to any JC32 or JC24 joystick controller. 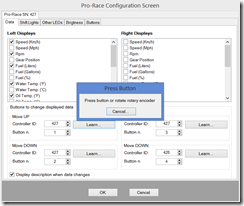 If you click the “Learn” button (picture above) the Product ID and the Button number will be configured just pressing the desired button.

If the checkbox marked with 5 is enabled, when the displayed data is changed a small description message will be shown for few seconds.

This section is used to configure the shift lights, the 15 LEDs at the top of the display.

Each LED can be configured to turn ON and optionally to blink at 3 different speeds, based on the value of RPM. 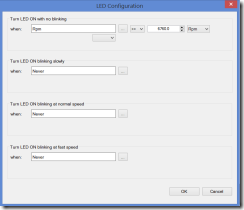 If the checkbox marked with 1 (two pictures above) is enabled, the shift lights will display and alternate pattern when the speed limiter is switched ON (it only works with simulators that report the state of speed limiter).

Button marked with 2 (three pictures above) opens the Quick Config wizard (picture above), that allows you to quickly configure all the shift lights in one go All you have to do is to set the value of RPM at which the first and last shift lights will turn ON and the software will calculate the appropriate values for the intermediate LEDs. 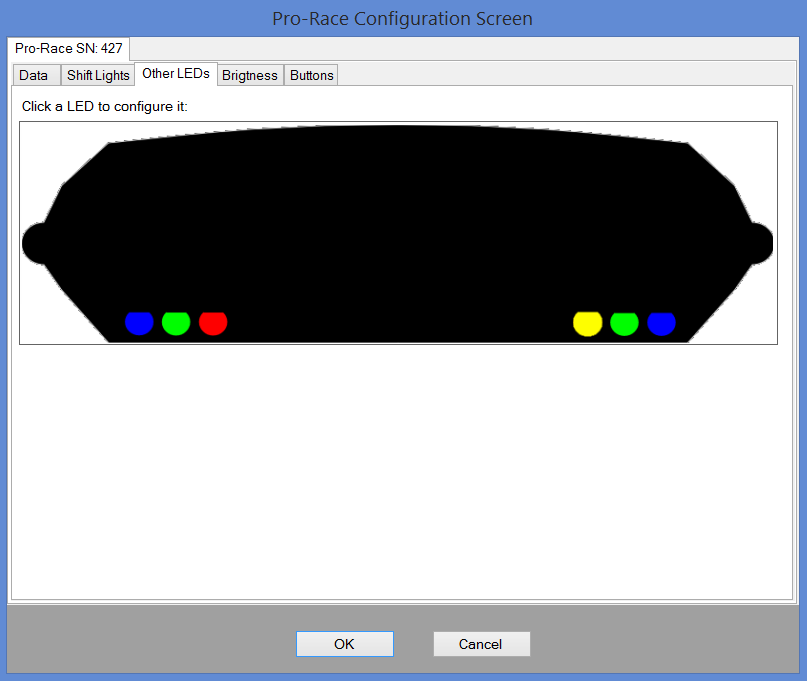 The other LEDs can be configured in the screen above. Like the shift lights, each LED can be configured clicking on it and the corresponding configuration screen will open. The configuration screen is very similar to the one for shift lights. The only difference is that more data can be associated to these LEDs, not only RPM, but also fuel level, water temperature, flags and so on. 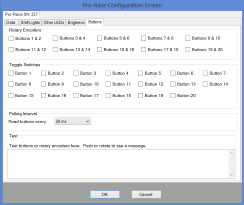 On the back of the Pro-Race controller there are 40 pins that are used to connect push buttons, rotary encoders and toggle switches to the display. Connections are easier compared to the previous version of the display, because connections pins are not shared any more and each button, switch and rotary encoder have a dedicated set of pins. 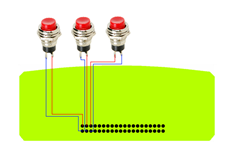 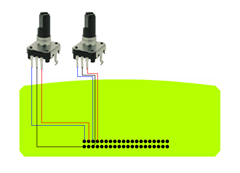 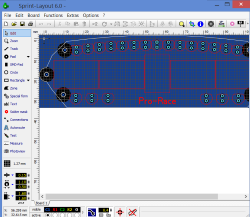 Download this file to measure the size of the display and position of the mounting holes. You can print it or measure everything on the screen. To open it, install Sprint-Layout Viewer.

The Pro-Race display is also available with an enclosure.

If the Pro-Race is mounted on a wheel, we suggest to secure the USB cable to the wheel in a way that the cable moves together with the display and it doesn't stress the micro USB connector on the back when the wheel is rotated.

Heavy duty toggle switches.They can be connected to the JC24, JC32, JC-LED joystick controllers and ..