The DLC-247 (Displays and LEDs Controller 24 x 7 segments displays) is an USB controller able to drive up to 24 7-segment displays or up to 192 LEDs or a combination of displays and LEDs. In order to work with the DLC-247 controller, the displays must be common anode, which means the 8 LEDs that compose the display (one for each of the 7 segments and one for the decimal point) share the same  positive pin, instead the negative pins are separate.

Below is a picture of the DLC-247 controller. Some components of interest are highlighted.

The picture below will help to understand better how displays and LEDs are connected to the pins of the DLC-247 controller. Based on what pins the display is connected to, the display will be identified by a number from 1 to 24. This identifier will be also used in the DLC-247’s configuration screen in SimDash. 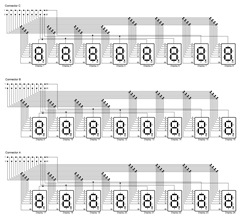 Each display can be replaced by a group of 8 LEDs. The 8 LEDs share the positive pin (anode) which is connected to one of the pins 17…20 of one of the three connectors. The 8 negative pins instead (cathodes) are connected to pin 1…8 or pin 9.16 of the same connector.

In the picture below Display 1 has been replaced with LEDs. The negative pins of the LEDs are connected to pin 1…8 and the positive is connected to pin 17. Each LED is identified by one letter from A to F or DP. These identifiers are also used in the configuration screen in SimDash.

The picture below is the DLC-247’s configuration screen. 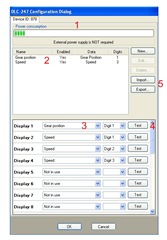 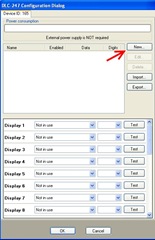 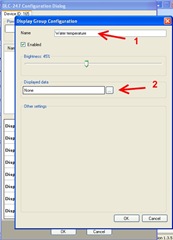 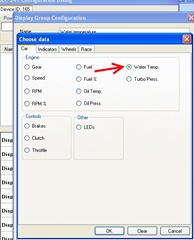 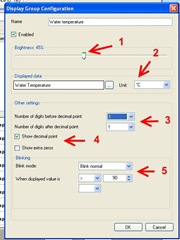 The settings displayed in the Other Settings might be a bit different in some cases, for example if you choose to display the gear position or the lap time, but it should be easy to understand what they are used for. 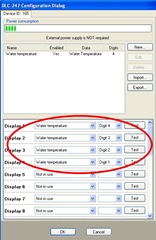 In this configuration example I am going to use some LEDs to display the shift light and the hand brake warning light. I am going to replace Display 1 with 8 LEDs, like in the picture below:

The 8 LEDs are connected to the pins of connector C that otherwise would have been used by Display 1. 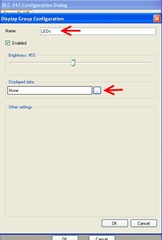 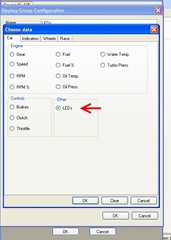 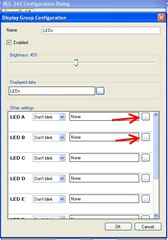 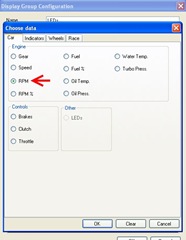 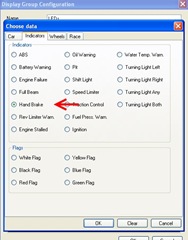 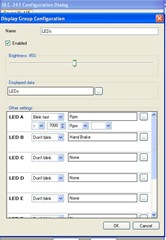 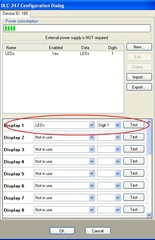